May 2021 Supermoon and Eclipse 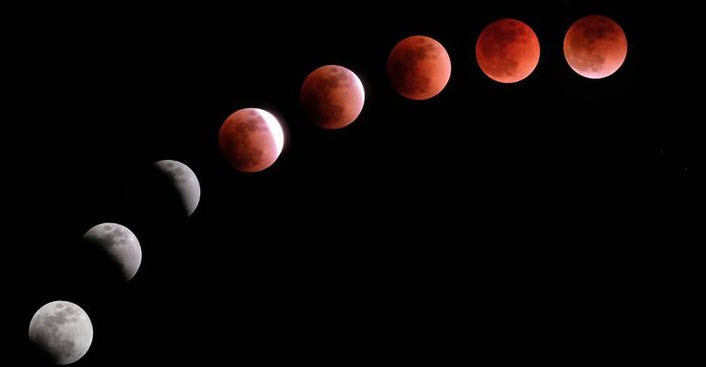 Hang on as we are about to experience one of the most powerful Eclipses of the year!  This month, on May 26, 4:45 AM in Vancouver we will experience a supermoon, coupled with the total lunar eclipse.  The effect will be palpable as the supermoon appears 30% larger as it is at its closest distance (Perigee)  to the earth in the moons 27-day orbit of the earth.

The effect of the supermoon will cause dramatic “king tides” on earth and brings the threat of flooding to coastal areas, and  a metaphorical floods of emotions in many people. Astrologically the effects are in effect at least for the rest of the 28 days of the lunar month, or June 23, 2021.

What is the Difference Between a Regular Lunation and an Eclipse?

Eclipses occur when the moon crosses the ecliptic, the apparent path of the Sun through the Zodiac Signs!  Eclipses follow the Saros cycle, a period of 6,585.3 days (18 years 11 days 8 hours). The current year and a half cycle started on June 5th, 2020 on the Gemini – Sagittarius Axis.  This will activating both of these sign, as well as individuals that have personal points in their astrological chart connecting with the specific degrees of Gemini and Sagittarius.

Were as a regular lunation involves the cycle between the Sun and the Moon, eclipses (astrologically) also fall on the north and south node.  New Moon’s when the Sun and Moon are conjunct, and also falls on the North Node we experience a lunar eclipse.  Full moons occur when the the sun an moon  and the  are in opposite (180 degrees apart), with the Sun conjunct the North Node and the Moon conjunct the south node we experience a Solar Eclipse.

When the Moon and Sun aligns with the ecliptic, the Earth, Sun and Moon are all aligned, therefore more potent.  In addition to greater potency, it also has a wider collective effect, as the north node and south node represent how we can collectively move forward and evolve (north node) from they ways that nolonger working.

What is a Supermoon?

The orbital path of the moon is an eclipse, not a circle.  During every 27-day orbit around Earth, the Moon reaches both its closest point, or perigee, about 226,000 miles (363,300 km) from Earth, and its farthest point, or apogee, about 251,000 miles (405,500 km) from Earth. When it reaches it’s perigee it not only has an effect on earth, but also on all living organisms for the resulting ‘king tides’ of the ocean, mating instincts of some animals,  fish spawning of fish, too the blooming of some rare species of flowers.

What does this mean for me?

The effect this event will have on your life will very depending on how it lines up with your personal astrological chart!

In general, a mutable grand square shows what needs to be integrated in order to bring about a resolutions.  With Vesta indicating what is “sacred to us” and Jupiter representing or need for freedom, expansion and moving forward, I expect to see this them in a big way in both the media (collectively), and in the lives of many individuals.

Many of the people that have endured lockdowns, march in protests on racial equality, gun violence, losing there business, political polarization (just to name some of the most noticeable  this moon is about rising up despite all that has happened!  It’s hope triumphant over our challenges!

With the Moon at 5 Sagittarius, Moon at 5 Gemini, and Jupiter 1 Pisces, Vesta 11 Virgo, it will likely strongly affect those with personal points in their chart in the early portion of all these signs.

If you are interested in looking at your chart, or my services as an astrologer, click the link below to see a complete list of my services please click the “Book A Session” button below.

SIGN UP TO MY ASTROLOGICAL NEWSLETTER AND GET NEW MOON UPDATES, ONLINE WEBINAR NOTICES, AND MORE!

You have Successfully Subscribed!